Here is a short video about the game:

The game is not open to anyone yet. So, I cannot give information about the game play etc.

What I want to share here is the technical aspects of building such a game.

Here is the simplified overview:

I skip the Android and iOS parts.

Clients connect to given game server URL over websocket. Game server is an authoritative one. No place for cheaters…

Every command needs to go to server. In this game, lag compensation doesn’t make sense since bullets don’t have infinite speed ( link 1, link 2 ). That means, latency is very important.

Game console application is standing somewhere else. Users can customize their characters and create maps. Trophies, scores etc. are also shown there. Backend of this application is a Node application. Everything is done over REST calls.

Real REST calls… no state at all; no sticky sessions… That is the way to scale. The load balancer in front is just redirecting the calls to one of the Node instances. Node instances scale horizontally depending on load. 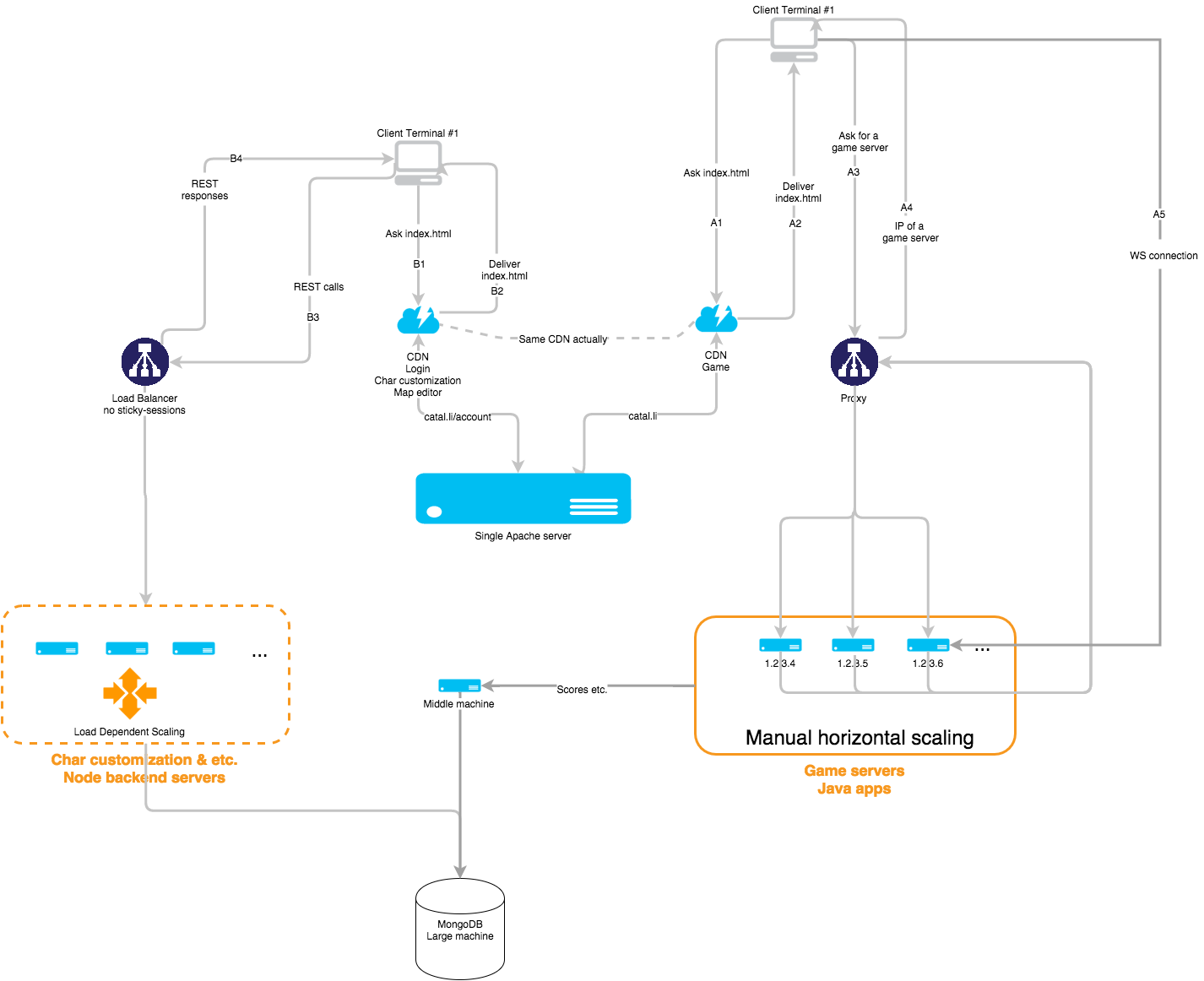 As mentioned above, without lag compensation, latency is the most important problem we face. We have to have servers in different geographic regions. The closer the server is, the shorter the latency is.

Let’s ignore the things like routers’ overhead and slow cables, we will still have latency because of speed of light. Assume Switzerland to US east coast is 4000 kilometers. That means, if we have a single cable which we send some data over, it will take 4000 km/ 300K km/s = 0.013 seconds = 13 ms. With the overhead of rerouting, real-world cables that don’t actually send electricity with a speed of 300K km/s and some other things, this one way latency is roughly 100 ms.

And, think about the round trip…

Client will see its character moving to the right in 200 ms. That is noticable…

To overcome this problem we need 2 things:

Amazon (expensive option) and Linode already gives us the option to have our servers in different regions of the world.

And this is the reason that we have a proxy that distributes users to servers.

Imagine there are 1000 concurrent users anytime in the game. Assuming every room has 32 players, that means:

Even the optimal situation is that costly. We need to find a way to make it as close to that as possible. JSON is not an option.

So, I now cut the crap and come to the point: We had to optimize the communication as much as possible!

During initial POCs, we were using JSON as we thought it is easy to debug. But, even then, locally I was getting 20 MB\s.

It is adding so little overhead; it is available in multiple platforms; it is fast. There are lots of other alternatives like Apache Thrift, but the 3rd party support is great in ProtoBuf.

There is an A+ grade Javascript client.

Typescript support was there, but not very well written. I had to rewrite it.

In AWS, 1 TB costs $90. That is still very expensive when your application is this much data intensive.

Linode is a much better alternative. There the calculation is a bit more complicated, but 1 TB costs ~ $10. They have an API, they have good support etc.

Before starting with the idea, we didn’t know anything about game development community.

TL;DR: It is huge! And everyone is enthusiastic!

Since it includes math, networking, fun factors and lots of other stuff, people share their knowledge more often than plain old business application programmers. That was a surprise for me.

and of course… the masterpiece: 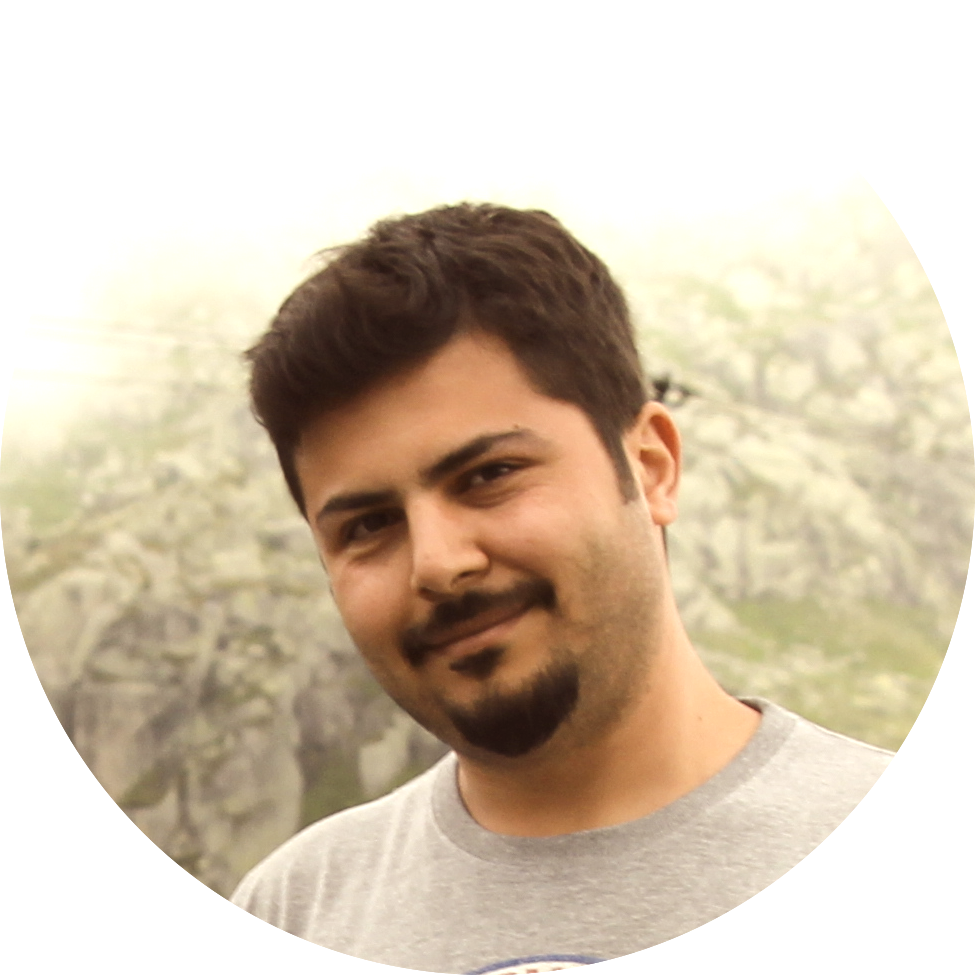